You are here Home » Production Tools

The production side of the equation is mostly about shooting. CLAi and myself are well known for their work with the 6k RED Dragon and Weapon cameras, and Epic and R1 before that, but last year we decided to switch these out, given the interesting route RED were taking with their models, and instead rent in RED Weapon cameras for 6k and 8k work, along with Arri Alexas for high end 4k work.

The Arri Alexas turned out to be an eye opener – I’d only used these occasionally in the past but was now using them on a more regular basis… and I was blown away by the quality and consistency of their images compared to any other camera I had used, including 35mm film cameras.  And, of course, they both have the High Speed license to give us very clean slow motion capability and can be fitted with either the standard PL lens mount to match our PL lenses or an alternative mount for our Leica R lens collection.

Of course, I had to own this beast with it’s gorgeous look, and so we now have two Arri Alexa Pluses and have taken their look even further into camera wonderland by shooting 3.2k ArriRaw and then expanding this to full 4k images with Arri’s superb resolution software.

Our original buy-in to the RED Digital Film system was totally based on what it brought to the table through the use of RAW recording, wide latitude and large sensor size.  This technology is still at the core of our shooting, but we are now primarily using the Arri Alexa Pluses and Convergent Design technologies to record in RAW, along with the RAW recording back option for our Sony PXW-F5 / AXS-R5 to match.

The F5 is much much lighter than the Arri Alexa cameras providing more flexibility in working, with their 4k recording in multiple formats and RAW, and strong high speed performance at up to 240fps – this is coupled with RED PL mount glass, or adapted to take Leica R or Canon lenses.  The F5 in particular has been a workhouse in broadcast and series studio recording for several years now – and ours has seen time on set with multiple episodes of “Curb Your Enthusiasm” amongst others with Bill Sheehy at the lens.

For 1080P documentary type shooting, stabilizers and drones we have bought Sony A7Sii bodies and Leica glass for their unique look – the Leica lenses can also be used with the F5 and Arris, and with any REDs we bring in.

Of course, everyone has to have motion equipment for those “different shots” as well – so we stay 4k with have around 6 GoPro systems, a DJI Inspire Pro drone, a DJI Ronin system for fluid camera movement, and a DJI Osmo+ for run and gun situations and interesting motion shots (we love to stick this out of the sunroof of an SUV, with an operator sitting on the roof, and just go fast!), along with a programmable slider for repeatable cameras moves. 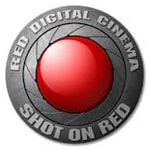 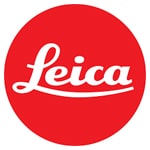 In fact Leica feature heavily in our production arsenal, as we run a full set of Leica prime and zoom lenses for their look and light weight, along with a full set of PL RED pro primes and zooms for studio and film work, and several Sony and Canon zoom lenses for flying.  All of our cameras and the RED and Alexa can take both PL and Leica lenses.

We also have a full location audio kit, a bunch of gaffer and motion gear, and 20 or so lighting units in both tungsten and LED. Of course, these are only for small, low budget productions, or to provide the core camera requirements on most shoots, we always turn to the pros for the right equipment and talent on CLAi productions with an appropriate budget and needs. 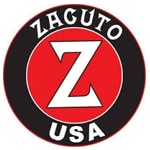 Post-production is all about flexibility and power, and for us to be able to interface with any of our production company and film producer clients as a freelance editor we have to run all of the common editing software.  So we have five full blown edit systems/bays running on new style heavily loaded Mac Pros, some of the fastest and most flexible computers around, and custom Hackintosh PCs, which are just a little bit faster.  Each of these runs Final Cut Studio, Final Cut X, Premiere and Avid Symphony – and we can add any other software you are using – and needless to say we have fast storage everywhere.

Obviously this means that we can always interface with the client, but we can also bring in other editors and assistants to help on rush projects, or our clients can work on a system at the same time.  We also run After Effects and 3DMax for 2D and 3D animation and compositing work.

When it comes to color correction and grading we can switch any or all of these systems over to DaVinci Resolve 14 Studio – our tool of choice for colorist work, which is why we have five seats available.  Of course, still having the editing software available on each system makes moving between edit and grade easy, as does the ability to author BluRays for film festivals and kick files out over the internet on a nightly basis so the production team can see what has been done and pass back their notes… as we did as part of creating a 4k post workflow with the original RED, I have evolved a system that makes geography much less of a factor in who we can work with.

Last but not least, we do handle the final audio cleanup and mixing on many of the projects that we take on.  It makes a lot of sense to tie the grade and this mix together as the colorist plays a big part in affecting what elements and movements in a scene impact on a viewer, and the mix should reflect this (which is not always/usually the case when you get the track back from the composer or sound studio).  For this we usually turn to ProTools, or Resolve’s new Fairlight audio tools, and we often involve one of our pals from a local sound studio in helping customize the shape of the audio. 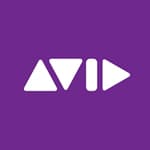 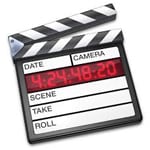 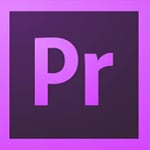 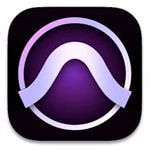